Rose to Bloom at Players Championship 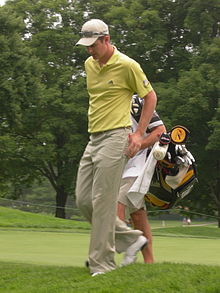 Justin Rose has won at least one event on the US PGA tour in each of the last six years. He has the right profile to win this week’s Players Championship, known as the fifth major due to the quality of the field. Jim Furyk is the only player in the field in the top 30 for the three key skills of driving accuracy, greens in regulation and scrambling. Matt Kuchar has been the second most consistent player over the last six years at TPC Sawgrass, the stadium course that has staged this prestigious event since 1982.

Who is the world’s best golfer?

The Players offers the biggest prize fund of the whole year, even greater than the four majors. Only the majors award more ranking points and the winner this week gets a five year exemption for the Tour. However, the championship is not part of the European Tour so any prize money won does not count towards the Race to Dubai which seems something of an anomaly. This year field includes 11 of the 12 players that represented Europe in the last Ryder Cup.

The quality of any event on the global tours usually reflects the level of prize money on offer. The Players therefore attracts the strongest field of the season including the top 50 players in the world rankings. The event used to have a slot in the calendar before the Masters but the May date fits in well with the majors in April, June, July and August. Some may argue that with four of the five biggest prizes in golf contested in the States there is an imbalance as Americans account for only 12 of the top 20 players in the standings.

The TPC at Sawgrass is a stadium course designed by Pete Dye. With water in play on several holes and penal rough it rewards accuracy off the tee and the fairways as the Bermuda greens are among the smallest on the tour. The weather can have a dramatic impact perfectly illustrated by varying scoring averages. When the wind blows scores can rise by up to five shots per round but the last four winners posted a score of 13 under par.

The par 5s at 2, 9, 11 and 16 are comparatively easy, but the par 3s (the 3rd, 8th, 13th and famous 17th with its island green) are awkward in all but the most benign conditions. However, it’s the course’s par 4 holes which generally provide the sternest test. In many years the 18th is the toughest hole with water on one side of the fairway and trees on the other. In reality with respect to par the last is harder than the fabled 17th with the small green almost totally surrounded by water.

After recent fiascos it’s advisable to check the weather forecast as scoring shoots up when the wind blows so an early draw is a considerable advantage. It is getting to the point where weather delays are normal and there have been several Monday finishes due to interruptions because of the local climate. If betting in running don’t look too far down the leaderboard for the eventual winner as the course does not lend itself to players contending from off the pace.

Over the years an identikit has been built up of potential winners. The champion is usually already a winner in the States, a member of a Ryder Cup or Presidents Cup team, made the cut in his last tournament, made the cut at Sawgrass the previous year and already the winner of a major or WGC event. Despite some shock wins this theory still applies which brings Rose and Furyk into the mix.

You can see the course layout at pgatour.com.

The English player first made his name as a 17 year old amateur in the British Open at Royal Birkdale in 1998. Just before Tiger Woods holed a putt on the 18th green that left him one shot out of a play-off with Mark O’Meara and Brian Watts that O’Meara won Rose chipped in to secure joint fourth place alongside Furyk and two others. As an amateur Rose could not accept any prize money but joined the paid ranks the following day but had a tough time as a new professional.

In retrospect Rose was too hasty in turning pro and it took several years to rebuild his game and confidence. However, he began to win tournaments at regular intervals moving through the grades until his career reached the pinnacle of winning the US Open in 2013. Hence, the Ryder Cup player is proven at the highest level on a course that put a premium on accuracy over distance. The US Open is the most demanding in the context of playing par golf and Rose won the toughest major of the four. Sawgrass is a US open style course but allows some leeway with soft greens after some rain.

Furyk won his only major at the US Open 2003 when he defended an overnight lead in the final round without too much drama or anxiety. He has had more chances to add to his tally of majors but had several meltdowns in recent years both in major championships and the Ryder Cup. Furyk has now won 17 times on the PGA Tour but his win at the Heritage last month was his first win since September 2010. Confidence restored and some inner battles overcome Furyk can contend in this year’s Players Championship on a course suited to his game.

Kuchar won the Players in 2012 so will be striving to become just the sixth multiple winner. Jack Nicklaus won the first in 1974 and then twice in the next four years and is the only three-times winner in the history of the championship. Tiger Woods is the most recent dual winner and no European has won it more than once. Sandy Lyle, Sergio Garcia and Martin Kaymer are the only winners from Europe and KJ Choi in 2011 is the most recent champion from the rest of the world.

Kuchar has made the cut in each of the last six years and Luke Donald is the only player with better course form since 2009. Kuchar is in a solid run of current form and is a top 10 player for scrambling. This is a key skill when greens are below average in size and difficult to hit in the correct number of shots. Rory McIlroy and Jordan Spieth do not appear to have the course experience or excel at the important skills to contend so Rose, Furyk and Kuchar are preferred for betting purposes.