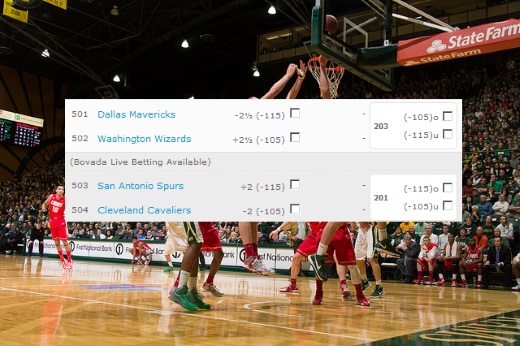 Many bettors feel that betting on totals (also known as overs/unders) is easier than attempting to predict which of two teams will win the game. It seems that sportsbooks agree with this opinion, as they often place smaller betting limits on over/under bets than the limits in place when betting on a team, either using the point spread or the money line.

Totals involve betting that the final score of a selected game will be either over or under the bookmaker’s posted total. The winner of this type of bet is determined by adding up the final score of both teams when the game is over. Imagine that Team A is playing Team B and the posted total is 40. Those who bet over would win their bet if the two teams score more than 40 points combined, while those who bet under would lose if over 40 combined points were scored. Should the final tally equal exactly 40, the bet ends in a tie, and funds are returned to the bettor.

When betting on totals for sports such as football and basketball, the bettor is asked to wager $11 for the chance to win $10, the same as when betting against the point spread. If the sportsbook receives an equal amount of wagers on both over and the under, they are guaranteed to earn a profit regardless of the final score.

Most NFL totals range between 32 and 52 total points, with the average being around 41 points. However, whenever two teams with excellent offenses and poor defenses play each other, the total is likely be set higher. Occasionally, two excellent defensive teams playing under unfavorable weather conditions may cause the total to be set below 32, but this is rare. Totals for college football are often higher, as some teams are great on the offensive side of the ball, but poor defensively.

Basketball totals work the same as football totals. Whenever a bookmaker accepts a maximum wager on a football total, they usually adjust the line by .5 points. This is done in an effort to attract bets going the other way. This practice is really left up to the individual bookmaker. The line could move a full point or not at all. When a maximum wager is accepted on a basketball total, the line is typically adjusted by 1.5 points.

Since baseball and hockey scores are much lower than football or basketball scores, bookmakers prefer not to change the total number, and will instead adjust the odds. For example, if the over/under number on the game is 9 and someone places a $500 wager on over, the total is unlikely to be increased. Instead, bettors who want to wager over 9 will need to risk $120 or more in order to try to win $100. Those who want to bet the under could then wager at even money (shown as +100), as totals almost always use a difference of .2.

Overs/unders betting is an excellent alternative to trying to predict the game winner. Many career bettors focus solely on these types of bets because they can at times be easier to win than predicting which team will cover the spread. Totals betting is available for most sports. Although the fundamentals should remain the same, be sure to read the rules put in place by your chosen sportsbook for these types of wagers.