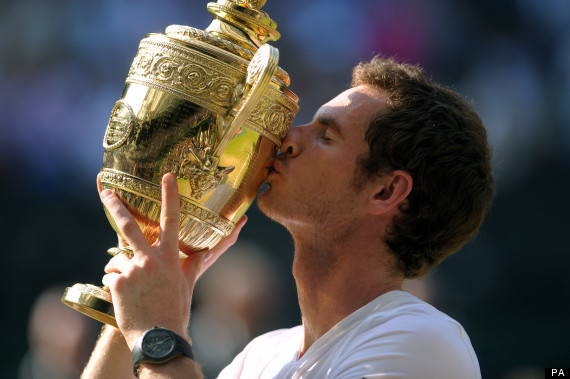 John Isner is the shortest priced American player in the betting for the men’s singles at Wimbledon. Twelve other players are seen as more likely to win the grass court championships so the States is unlikely to provide the champion for the first time since Pete Sampras won for the seventh time in 2000. Five Europeans head the betting and on current form Andy Murray could delight the British crowd on Centre Court for the second time in three years.

When the Scot beat Novak Djokovic in three sets in the Wimbledon final two years ago he became the first British player to win the championships since 1936. In that season he also won the warm-up event at Queen’s and he will be going for the same double from the start of next week. Djokovic is the defending champion and a leading contender and even at the age of 33 Roger Federer should not be dismissed. Rafael Nadal may now struggle to adapt his game from his beloved clay to grass but this year he has one more week than usual to prepare as there a longer break from the French Open to Wimbledon.

Lleyton Hewitt from Australia won the Wimbledon title in 2002 but since then every winner has been European. It helps that a man from Switzerland has won seven times allied to the wins for Nadal in 2008 and 2010. Djokovic is from Serbia in southeast Europe and he has won the most prestigious prize in the game twice in the last four years. Between 2004 and 2009 Andy Roddick was beaten by Federer in three finals. The American came closest to breaking the European monopoly when he lost the deciding set 16-14 six years ago.

Bjorn Borg from Sweden won five Wimbledon titles in succession between 1976 and 1980 and the next four titles were shared between Jimmy Connors and John McEnroe. Other than Sampras the only other US player to win the men’s singles at Wimbledon since then is Andre Agassi in 1992.Isner is a solid pro with a big serve but not a potential winner of a Grand Slam title. In six years at Wimbledon he has never progressed beyond the third round and has won 5 of 11 matches. In 28 Grand Slam tournaments he has played in one quarter-final and three other fourth round matches.

Milos Raonic is a Canadian professional so in theory comes from North America but in fact he was born in Montenegro. He moved to Canada with his family at the age of three so by birth he is European but he has represented his adopted country in the Davis Cup and at the Olympics. Raonic is seeded seven at Wimbledon but he made the last four in 2014 though he lost in the second round in the three previous years. The bookies believe he has better chance than Isner but he has yet to fulfil his potential and not qualified for a Grand Slam final.

Jack Sock is the next player in the rankings from the United States after Isner and he is at 31 in the current standings. He has only played in the main draw at Wimbledon last year and was knocked out at the second round stage. The evidence suggests a US player will not win the men’s event this year but the question is which of the Europeans will be the champion? The heart and the head says Andy Murray as he takes the best grass court form of the leading contenders into the tournament.