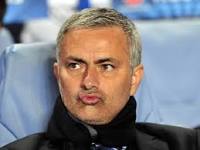 The English Premier League is the most watched and bet on in the world. Television money has funded modern stadia and clubs can attract the best players by paying the highest wages. Unlike some of the other main European leagues four teams could potentially win the title but each of those will qualify for the Champions League. Clubs that play in the main European cup competition earn vast amounts of revenue which they can invest in players to maintain the status quo.

Preview of player to be top scorer.

During the modern era several English clubs have tried to buy their way into the Champions League but it has not been sustainable. Leeds United went bankrupt after a failed attempt to join the elite while more recently Liverpool and Tottenham have come up short. There are several mini-leagues in the English Premier League and a club’s position in the hierarchy depends on their wealth and wage bill. Several smaller clubs yo-yo between the top division to the Championship at the second level.

Most of the leading clubs in England are under foreign ownership and the rich investors from overseas have no interest in the England national team. In the first set of fixtures in the new season teams contained the lowest proportion ever of players who are eligible to play for England. They never perform in major championships because they are mainly surrounded by foreign players and there is too much football. Harry Kane is the bright young hope but plays without much of a break this season and will be too tired to make an impact playing for his country.

It is traditional in England to play four matches in ten days over the Christmas and New Year holidays. Other nations have a winter break and can embark on the second half of the season refreshed. European leagues generally have fewer clubs and hence matches and not the intensity of two major Cup competitions. The World Cup and Euros always come at the end of a punishing season for England players with no respite from August to May. Wayne Rooney already looks tired and the country will expect him to deliver next June at Euro 2016 in France.

Manchester City, Manchester United, Arsenal and Chelsea are the only sides that can win the English Premier League. They have the best stadiums except for Chelsea who are looking to develop a bigger ground. Match day revenue goes into the pot and merchandising gives the big four another comparative advantage. A monopoly of a few has developed in England and it’s difficult to see how any club can break into this elite. The situation feeds on itself and the richer get richer and the rest can’t compete.

Bovada – Latest odds for the Premier League in England.

Mourinho Not So Special

After two games of the new season the biggest story involves the Chelsea manager, Jose Mourinho. He was highly critical of a female doctor who went on to the pitch to treat an injured player at a crucial moment in the home draw with Swansea. Manchester City beat their London rivals in the first heavyweight clash of the season and are now five points ahead of the defending champions. City have been the best team to date and have taken the place of Chelsea as favourites in futures markets.

Manchester United have earned maximum points from two matches. They have won both fixtures 1-0, scoring two goals from just three shots on target. Defensively they have looked sound but there are bigger challenges ahead and finishing fourth is the minimum requirement for their manager, Louis Van Gaal. His predecessor lost his job partly due to not qualifying for the Champions League and Van Gaal knows the importance of playing in the prestigious continental club competition.

Arsenal lost their first home match of the season against West Ham and they were second best. They are mid-table after beating Crystal Palace away from home but don’t want to see the two Manchester clubs go too many points clear. Arsenal play Liverpool at home in their next match and cannot afford to drop more points at the Emirates Stadium. They will be one of the four same teams in the mix to win the league again.