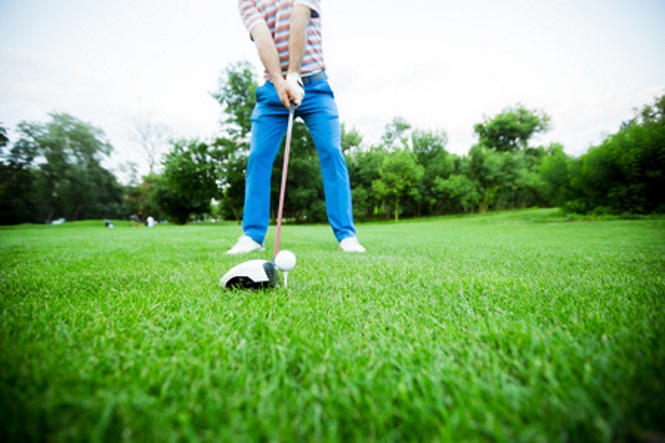 According to the Las Vegas sportsbooks, the favorite to win the PGA Tour Championship is now Dustin Johnson. This is no surprise to us, especially considering how consistent he has been this season and that fact that he is at his peak performance right now on top of that. What did surprise us was how little most sportsbooks are paying out for him if he wins. The odds that are returned to you if he is the winner stand around +450 right now. That’s not nearly as bad as they could be, but in a field with this much depth, we expected at least another +150 on top of this.

For Johnson to be a worthwhile bet, he needs to have a better than 22 percent chance of winning this tournament. While he’s certainly performing at a much better level than others here, there’s very little chance of him being able to hold off the likes of Rory McIlroy and Jordan Spieth over the course of a large number of samples in a tournament setting like this. So while Johnson is a great bet, he’s not great enough at +450 to be a consistent choice. We’d really like to see him at +600, although a price of +550 is probably safe on him.

The problem that you’ve probably noticed here is that if you don’t choose Johnson, who has been one of the most consistent golfers at the highest level this year, there’s no clear choice. McIlroy and Spieth are good picks, but have been even less consistent than Johnson. McIlroy, who is priced at +500, is especially risky here. However, because Spieth has been a quiet threat all season, his price tag of +900 is actually pretty attractive. Spieth is certainly not a stranger to success, and he could very well be the champion here. He’s been consistent, and has one of the lowest average stroke counts per round in the entire field. If any of the top five ranked golfers in this tournament have good value at their current prices, Spieth is the best choice.

Adam Scott also deserves a quick glance. He’s priced at +900, and he has been a consistent golfer this season, not having missed a single cut all year. Just because he’s been consistent though, doesn’t mean that he has a good shot of winning here. We put his odds of winning at around 8-12 percent, and that makes his +900 just out of range. He’d need to be slightly better than 11 percent to make him worth our while, and he averages just under this. Fading Scott is the smarter long term choice unless something unexpected occurs between now and Thursday morning.

As far as long shots go, the most attractive of all of these include Hideki Matsuyama, Phil Mickelson, and Charl Schwartzel. Matsuyama (+2500) has the best statistical likelihood of winning at around 8 percent. And because his return is so high, this actually makes him a high value bet. There’s a big overlay here, and although he is likely to win less than one out of ten times, he’s good enough that his price is incorrect. This is a good inefficiency to take advantage of, if you wish. Mickelson (+3000) is a good bet just because he’s a legend and has all that comes with that. He has played in high pressure situations more times than anyone else here and has thrived at a level no one else has. Yes, he’s past his prime, but he could be a good morale bet if you are into that. Finally, Schwartzel (+4000) has quietly posted strong numbers all year. He’s competitive with Spieth and McIlroy when it comes to stroke counts, and although he hasn’t faced the same kind of high quality competition that others have, he is a huge overlay that could surprise a lot of people in this championship setting. At the very least, he’s worth putting a few buck on just in case.