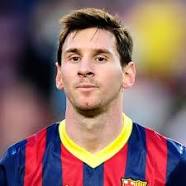 Lionel Messi is trying to achieve something that Diego Maradona never managed with Argentina. Alexis Sanchez will be Chile’s main hope of winning their own tournament and become champions of South America for the first time. The final of Copa America on Saturday brings together the losing finalists from last year’s World Cup and the hosts. Chile can use home advantage to beat Argentina to win their first continental title. Brazil were eliminated in the quarter-finals

The Copa America is the equivalent of the European Championships in Europe but identifies the best team in South America. Indeed the tournament was called the South American Championship before being rebranded as the Copa America in 1975. Chile are the hosts for this year’s renewal and 12 teams competed in three groups of four teams. However, the format is rather strange in that only one third of the sides were eliminated after the group matches.

Tournaments with 16 or 32 teams have the best structure and a natural progression to the knockout rounds from the group stages. This year’s Copa America falls between the two stools of 8 and 16 teams but there are no other nations in the continent worthy of involvement. The top two teams from each group progressed to the last eight but the best two of the best third-place teams also move forward. The tournament has tradition of inviting nations from outside South America and Jamaica were this year’s guest.

The Story So Far

The major story of the tournament so far was the sending off or Neymar which meant he could not play for Brazil in the knockout stages and their final group match. He received a four match ban for kicking the ball at an opponent in his side’s 1-0 defeat to Colombia. At the time the Brazilian Football Federation considered an appeal but Neymar was ruled out of the rest of the tournament. Brazil lost in the semi-finals to Paraguay on penalties so just as in the World Cup last year Neymar was badly missed.

Chile scored 10 goals in three group matches and were the best team. The next highest scoring sides found the net just four times. In beating Bolivia 5-0 in the final group fixture the hosts produced the best performance in the tournament to date. Due to winning their group Chile were able to play their quarter and semi-final matches at the Estadio Nacional that will stage the final against Argentina on Sunday. On current form that is a match that Chile can win. Peru and Paraguay will contest the 3rd/4th place playoff match a night earlier.

Messi is the best player in the world and some pundits are saying he is the best footballer ever. His goal scoring record for Barcelona is phenomenal but his return for Argentina is more modest. Despite not putting in an outstanding performance Messi was voted the best player at the World Cup. Maradona won the 1986 tournament with the national team but never played in a Copa America winning side. Messi will have to be at his best in the final to lead Argentina to the title but they were the best South American outfit in the World Cup last summer. Sergio Aguero and Angel di Maria both scored in Argentina’s 6-1 victory over Paraguay in their last four fixture.

Chile have never been champions of South America but have been runners-up four times in the continent’s championships though not since 1987 before Sanchez was born. The Arsenal striker has scored 27 goals for Chile in 85 matches which is not an outstanding average. Chile were given a relatively easy route to the final though Sanchez was outscored by three team mates in his country’s first five matches but can still lead the hosts to the title. He is already a national hero but if this happened his fame would go to another level and Chile have the attacking flair to beat Argentina.