Getting Ready for Week One 2018 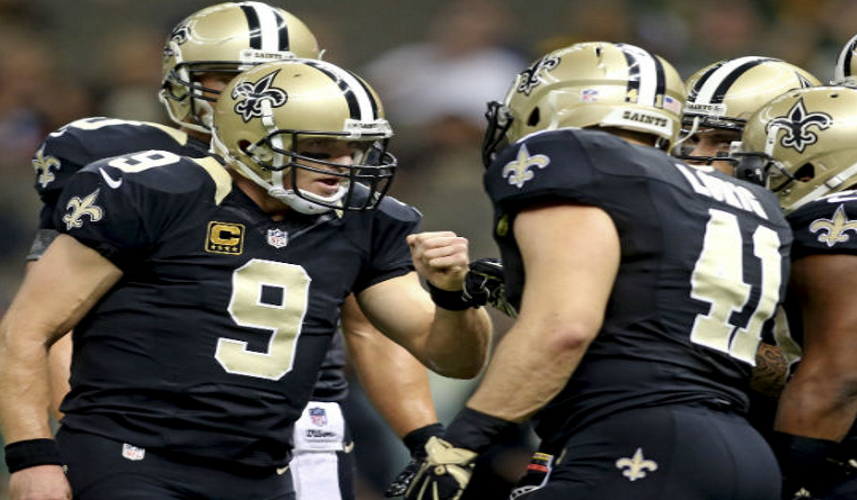 Week 1 of the NFL season is always one of the most exciting for sports bettors. Even though there are a lot of statistics out there supporting most of the players that will be suiting up on Sunday, there’s a lot of things that are still unknown. A lot of players have new teams and these new dynamics are hard to predict.

Still, if you’re placing a bet or two on the first Sunday of the season, you want to be a winner. That’s why we put together this betting guide. If you want to gain an edge over the sports books this weekend, then keep reading. Hopefully, we can help you to not just gain an edge, but to make some serious money this weekend.

Here are three games that have some serious potential this weekend from a betting perspective.

Week One 2018 Football Betting is Here

It’s time to get your picks in before the time runs out. There are plenty of games to look at.
Make Your NFL Picks Right Here

At most books, the Ravens are 7 point favorites over the Bills, which seems like a very accurate assessment. However, the opening line in some places for this game was only 3 points, which means that the Ravens are favored by a little bit too much in most places. This makes a bet for the Bills to cover the spread a little bit strong than normal. There are some negatives working against the Bills, though. For example, the Bills are away, which tends to be a 3 point swing against them. Also, the Bills have a very uncertain offensive situation. Their defense remains one of the stronger ones in the NFL, but whether or not they are capable of putting up enough points to contend with the Ravens isn’t one hundred percent certain.

The more interesting component of this game is the over/under. This number opened up at 42.5, but has since dropped down to 40.5. There’s a good reason why that number has dropped. Again, the Buffalo offense this season is uncertain for now. But, so is Baltimore’s. There are currently rumors circulating that QB Joe Flacco might be losing his job as starter in Baltimore, and that means that he might have lost some of his edge. A bet on the under seems like a good call here, especially at this early point in the season. If Flacco knows that his job is in jeopardy, he is far more likely to force plays that he shouldn’t, and this could have a negative impact on the overall score of the game. The under is one of the strongest bets available this weekend, but only if you can find a book offering that 42.5 or higher. Otherwise, the bet becomes too risky to have a long term positive expected value.

The Saints are one of the biggest favorites in the NFC this season. They are one of the front runners for a Super Bowl win; and they are definitely the favorite for this game. The spread is currently set at 9.5 points at most books, but the Saints have the potential to win by much more than this. The precaution here is that the original line was set at 7 points, so 9 points might be a little high if you’re looking for a conservative approach. However, with the Bucs starting QB Jameis Winston out for Sunday, the Saints have a good edge. 9 points won’t be easy, but it is more than possible.

The over/under for this game is set at 49.5 points. That will be a huge task, even for the Saints. The original was set at 52 points, but with Winston out a high scoring game is not quite as likely. The drop is likely to be more than the 2.5 points that was originally predicted, making an under bet more likely to produce a winner than an over. However, this is still a risky play. The Saints to cover the spread is much safer than the over/under, especially if you are thinking of including this game in any parlay this coming weekend.

Tom Brady is one of the greatest QBs of all-time, and continues to produce strong numbers. Thanks to that fact, the Patriots are the consensus favorites. Depending on where you are betting, the spread here will vary, but it seems that 6.5 points is a commonly agreed upon number. If you find a number any lower than this, the Patriots suddenly become a really good bet to cover. With home field advantage and Brady’s experience, they are in a good spot to blow this game wide open. The Pats and the Texans have played each other 10 times in the last 16 years, and the Pats have won 9 of those games. But, with the Texans having a set of great players in WR DeAndre Hopkins and RB Lamar Miller, there is some potential for the Houston offense to pick apart the Patriot defense. Your betting opportunities for this game will be limited by what the books are offering as it gets closer to game time, but there’s some great potential on the spread here.

Both teams have seen some improvements to their defense during the off season, particularly their passing defense. That will limit both Brady and Texans QB Deshaun Watson, and the over/under of 51.5 might be a bit too high. However, it really depends on where and when you’re betting on this game. If you can find an over/under of 50.5 or lower, the under suddenly becomes a lot riskier. If you’re set on betting the over/under for this game, you will want an under bet, but only if you can find a line of 51.5 or higher. Otherwise, the bet becomes a lot more uncertain. Just because both QBs are up against stronger defenses does not mean that they are not capable of surprises. We believe that this is one bet that you might want to pass on and just focus on the spread, but ultimately that decision is up to you.

Get the Picks in Right Now