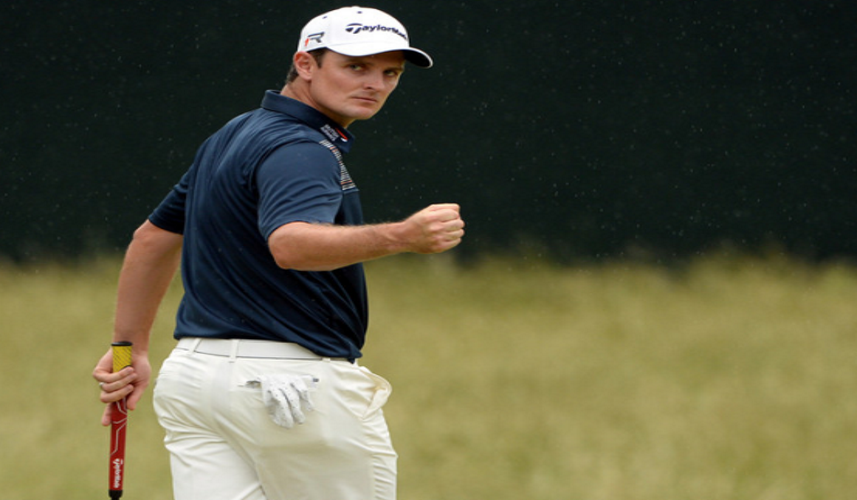 Now is the Time to Bet the 2018 Tour Championship

If you are ready to place a bet, now is the the time to bet on golf.
Make a Bet on One of the Best Here
The playoff concept is an integral part of the four main North American sports. Betting on the ultimate champion is more popular than betting on the team to win leagues and conferences during the regular season. Who to pick as winners of the Superbowl, Stanley Cup, World Series and NBA Championship is seen as more important as picks for the respective leagues in each sport. The FedEx Cup has introduced the playoff scenario to professional golf. Betting on the champion is more popular than betting on the winner of the regular season Money List.

Only DeChambeau won a playoff event of the players in the top five. In fact he won the first two playoff tournaments and has a healthy lead in the standings. However, any of the next four players in the points list will overhaul him if they win the Tour Championship. Keegan Bradley beat Rose in the playoff for the BMW event and is sixth in the FedEx Cup standings. Brooks Koepka is seventh but should be Player of the Year after winning two of the four majors. He has now won three of the last seven majors after learning his trade on the European Tour.

A Bradley win in the Tour Championship does not guarantee the FedEx Cup but only certain other finishing positions of the top five would deny him. Even Patton Kizzire in 30th place could leapfrog everybody else but that is highly unlikely. Bubba Watson could have quit the game at the end of last season but he has come back from ill-health even stronger and better. The three-time winner this season is at number eight in the list. Billy Horschel and Cameron Smith complete the FedEx Cup top 10. Any winner from 6 to 10 would probably win the FedEx Cup but that is not certain.

The Tour Championship is being played at East Lake Golf Club in Atlanta. The Sunday finish is just five days before the start of the Ryder Cup at Le Golf National in Paris. Several Tour Championship qualifiers could be travelling from the United States to France on the same flight. You would hope if the party includes the winner of the FedEx Cup and $10 million bonus he will be buying dinner and drinks en route. In contrast there is no prize money or appearance money at the Ryder Cup. I wonder for the elite players at what point do titles and trophies mean more than money?

East Lake was the Tour Championship host course for the first time in 1998 and has been the permanent home since 2004. The course is above average in length for a par 70. The bentgrass greens are difficult to read and overall the course provides a sound test. There is plenty of course form to assess and Rose was the runner-up in 2012 and 2015 but he can go one better this year and clinch the FedEx Cup.