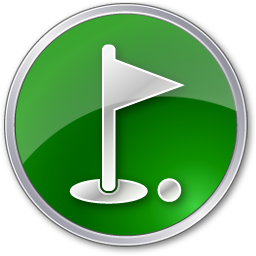 The US Masters is the first of four men’s majors played during the year. It is the only one played on the same course each year, Augusta National in Georgia. The champion receives a Green Jacket from the winner in the previous year, there is a limited field of about 100 players and the event begins with a three ball involving prominent players from the history of the tournament. Jack Nicklaus is the winning most player with six successes at Augusta in his record while Tiger Woods has won four times.

Although the Masters is always played at Augusta it’s not always the same course. Over the years especially during the Woods era the course has been lengthened and trees have been added to make finding the fairways more of a significant skill. Augusta has always been a long, tough course where the key is keeping out of trouble and that ability generally comes with course experience. Length matters but accurate iron play and a sharp short game are also vital and our picks in these matchups combine some or all of the key attributes in their profile.

Jason Day is the only player in the field currently in the top 10 for driving distance, greens in regulation, scrambling and average putts per round and that makes the Australian perfectly suited to Augusta. Dustin Johnson scores highly for length of the tee and putting but hitting the greens in the correct number of shots is not a strength. In two of the last four Masters Day has finished just two shots off the pace and has served his time at Augusta. Both players have won a tournament this year but Day’s superior course form means he should be backed to beat Johnson over 72 holes. Sports bettors may jump on this one not knowing all the information.

In this instance a player’s skills profile is seen as a more significant factor than his opponent’s course experience. Henrik Stenson is currently in the top four for greens in regulation and scrambling while Adam Scott is outside the top 50 for each of the four key skills. The latter won the Masters in 2013 9 months after wasting a great opportunity to win the British Open at Lytham where Ernie Els was the champion. He clearly has the superior course form but Stenson is in better current form, a major champion in waiting and looks set for a big championship at Augusta this week.

It might seem strange to oppose a three times Masters champion who has played at Augusta in the last 20 years with a player appearing in just his second Masters. However, Jimmy Walker finished eighth last year in his first Masters and that was a fine effort on a course the demands experience. The selection has won five times in the last 18 months on the USPGA Tour and clearly knows how to get the job done when contending on Sunday afternoon. Walker is in the top 30 for three of the key skills and statistically has the second best putting average this season which means he has a better skills profile than Mickelson for this week’s challenge.

Paul Casey reached a career high of number three in the world rankings in 2009 but a loss of form and domestic problems saw him slip out of the 100 in the standings. He is now established in the top 50 in the rankings again and playing golf that took him close to winning a PGA tournament this season. JB Holmes won the Houston Open last week and its tough to win back-to-back especially in a major championship. Casey has played in the Masters eight times and finished in the top 10 in two of those years while Holmes is playing at Augusta for just the second time having finished tied 25th in 2008. Casey’s course experience and attributes gives him an edge over Holmes in this 72 hole matchup.

This matchup brings together one of the most solid and consistent players on Tour and a potential future major champion. Kuchar has made seven from seven cuts this season while Fowler finished in the top five of all four majors last year and even Rory McIlroy could not match that achievement despite winning two of the most prestigious prizes in the sport. Kuchar combines solid current form with a recent Masters record that has seen him make the weekend in the last five years including in 2012 when he finished two shots behind Bubba Watson. Fowler has mainly not figured in his four appearance at Augusta National and the more experienced player is favored.

All odds supplied by bovada.lv and can learned about right here.