Who is the World’s Best Golfer? 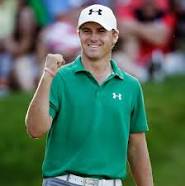 According to some of the press in the States Jordan Spieth is the best golfer in the world. A slightly older man from Northern Ireland may have something to say about that. The seedings for the WGC World Match Play means the Masters champion and Rory McIlroy could meet in the final over 36 holes. The players are seeded based on the world rankings and McIlroy is at number one in the current standings.

In the past the WGC event has had a single elimination format. However, the players were not too keen as they could travel long distances only to be knocked out after 18 holes. Everyone now plays at least until Friday in the new group format. There are 16 groups of four players with one player from each of four top 16 bands in the world rankings. The brackets are fixed for the elimination rounds.

Click here for a guide to betting on golf.

Woods and Mickelson Are Absent

One notable absentee is Tiger Woods who has not qualified for the first time since 1999 due to his position in the rankings. The top 64 players qualify and Woods is at 166 in the standings. Phil Mickelson has withdrawn for personal reasons which means Francesco Molinari is the lowest ranked player in the field. The event is the only one of four WGC competitions played in the match play format as the other three are stroke play championships.

The winner of each group qualifies for the knockout stages of the competition. The groups are played in a round robin format leading to elimination rounds which culminate in the final over 36 holes on Sunday. The challenge for the players will be to focus on just playing golf shots and not focusing on their position in the group. The new rules have been perfectly summed up by Sean Martin on pgatour.com. He wrote on the official Tour website:

“The new format ensures the entire field will be here for three days. Until this year, this event was entirely single-elimination. Now there are no more one–and-dones. That’s a relief for this global ensemble. Imagine flying from Thailand only to be headed home after 18 holes. Three days of guaranteed play makes it easier to make hotel reservations. No one is scheduled to leave until Friday.”

Jordan and Rory in Potential Final

The matches are still played over 18 holes and the short format often gives rise to surprise in the early stages. However, losing a match this year does not mean immediate elimination so the better players can prosper and the cream should come to the top more often than in the past. Taking that to the most extreme level McIlroy and Spieth could meet in the final at the earliest and set up a two round shoot-out. The best two players in the world competing head-to-head over 36 holes would attract massive interest.

There is also a new course this year, TPC Harding Park in San Francisco. At less than 7200 yards the course is short by modern standards and places a premium on accuracy over distance. Putting will also be key as a long putt can negate mistakes in match play golf at this level. The course staged the WGC Amex Championship in 2005 and President’s Cup in 2009. Adam Scot, Jim Furyk and Zach Johnson played in both events so have the most course form. Woods won in 2005 so the only previous course winner is not in attendance this week. Course form is less relevant in match play than stroke play golf.

The former world number one is still the biggest draw in the game despite winning his 14th and last major in 2008. He “moves the needle” more than any other player which suggests the Tiger era is not quite over. Spieth is the new kid on the block and McIlroy is stacking up the majors but Woods is still the man. He will get most media attention at the US Open in June and Open Championship in July especially as the oldest championship in the world is being played at St Andrews this year.

Spieth on the Letterman Show

Spieth is now a celebrity and appeared on ‘David Letterman’s Late Show’ after winning the Masters. He is finding it strange and difficult to adjust to his fame. “It was a little crazy in New York having paparazzi know where we were to eat dinner, even though we never told anyone,” he said. His nickname is the Golden Child which must rank high on the cringe factor scale for such a modest person. Winning his first WGC even this week would add to the legend but he is still three behind McIlroy in the context of majors won.

The world number two played in this event last season and reached the fourth round. He leads the Tour in putting average and least putts and putting is an important attribute in match play golf. A holed putt can repair a lot of damage for a format in which a birdie can still lose a hole and a bogey can win one. Other players have a better skills profile than Spieth this week and head-to-head competition does not always suit his game.

The problem for McIlroy is his short bursts of poor play that are manageable in a 72 hole stroke play tournament but can be costly over one round in an elimination round. He is the top seed but he will be under pressure to start well in each of his matches. McIlroy was the runner-up in 2011 but has only won one match in the last two years. He has won one WGC event in 23 appearances in events just below the majors in terms of prestige.

Henrik Stenson, Jim Furyk and Ian Poulter would be Past Picks between Rory and Jordan. McIlroy is just about the best driver in the game while Spieth is one of the best putters. The final would be a contrast in styles but the match play format is too unpredictable over 18 holes to suggest with any confidence that the dream final will transpire.