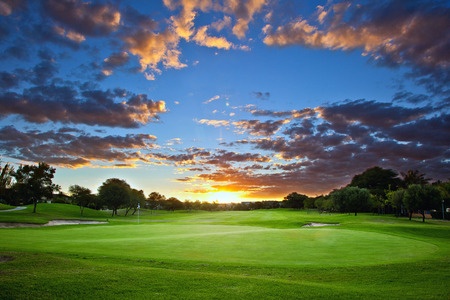 The key element of successful sports betting is to find an overlay, and then bet into it. If you do this often enough, you will be profitable. With that in mind, let’s take a look at The Masters. This is the first Major Championship of the PGA Tour this season, and it is often one of the most heavily bet upon PGA events. Let’s take a look at some of the top picks this year, and whether or not they are good bets. If they are good bets, we will let you know at what prices you should be attempting to make your bets.

According to most sportsbooks, Jason Day is the favorite to win The Masters. His return is +650, making him a lower payout than last year’s winner, Jordan Spieth. Spieth has a return of +850 thanks to the fact that his season has been pretty lackluster so far this year. Right behind Spieth is Rory McIlroy at +900. These three names were to be expected at the top, and many golf fans might be excited that Spieth has such a high payout. Even at this rate we are not liking him, though. At 7.5:1 (the equivalent of +850), his odds of winning would need to be close to 12 percent, and given what we’ve seen of him this year, that’s not a realistic number. He has a win so far this year, but if you look at his last four tournaments, he was cut once, and his best finish is a T13. Those are not numbers that instill confidence. Plus, his form in the last round has been poor this season, and to win The Masters, he would need to show better evidence of endurance.

The same concept is true with McIlroy. He is a great golfer, but hasn’t show us that he’s fully healthy yet. Of his last four tourneys, he’s missed a cut, but did have a T3 finish a few weeks ago. He’s a better pick than Spieth, but his injury from last season doesn’t seem to be completely behind him. He’s still lacking endurance. At +900, we would expect McIlroy to have a better than 10 percent chance of winning, but in reality, he’s probably closer to 20 percent.

But what about Jason Day? At +650, we should almost immediately discount him, even though he’s having a better season than either McIlroy of Spieth. He would need to have a roughly 18 percent chance of winning, and even though he won the Arnold Palmer, the field there was diluted. Day is probably around the same percentage as McIlroy for winning this, and that would make McIlroy a better bet here because of the higher payout.

There are two golfers ranked in the top five that we do recommend betting on, though. Adam Scott and Bubba Watson, both at +1200. Scott has had a great start to his season, with 2 wins and 8 out of 8 cuts. He’s made the top ten 5 times this year, and of all the golfers in the tournament, he’s been the one to perform the most consistently. At +1200, he only needs to win 8 or 9 percent of the time to be a profitable bet, and we see that happening with ease. He’s more realistically a 15 percent chance of winning, making him our top choice.

Watson is a slightly riskier choice than Scott thanks to a recent back injury, but we also like him. He’s been consistent when he does play, has taken some time off to get healthy, and he has finished his last two tourneys in 1st and 2nd. The back injury concerns us, but he claims to have put that behind him. Watson has a better than 8 percent chance of winning this, giving us the overlay we need.

If we have to choose one or the other, we like Scott. But with the high payouts on both Scott and Watson, and the striking overlay, they are both long term profitable picks.