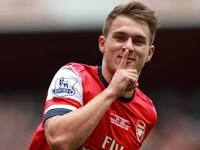 All the statistics and trends suggest Arsenal can beat Aston Villa in the final of the English FA Cup at Wembley Stadium on Saturday. Twenty two years ago the game in England was reorganised to create the Premier League and since then Arsenal have won six of the seven finals they have contested while Villa lost in their only appearance in the last match of the English domestic season.

Arsenal should have enough scoring ability in their side despite the absence of England forward Danny Welbeck. Aaron Ramsey has been a regular scorer and scored the winner in last year’s final so will be a key player in midfield. Christian Benteke has found his scoring touch for Villa since the appointment of Tim Sherwood as the team’s manager after a poor start to the season under the previous coach.

The Football Association Challenge Cup is a knockout competition in English football and is the oldest cup in the world. Teams from the top ten divisions are allowed to enter though some are ineligible as their grounds do not meet certain requirements associated with capacity and safety. The FA Cup final is now played at the new Wembley, though in the past the fixture has taken place in Liverpool, Manchester and Cardiff. Other grounds have been used for replays when the first match was drawn but they were discontinued in 1999 so extra time and penalties determine the outcome.

Since the creation of the Premier League no team from outside the top division has won the FA Cup. Indeed only two of 44 finalists have represented the second tier and no club from further down the hierarchy has reached the final. In 15 of 22 years the team that finished highest in the Premier League that season of the finalists has won the fixture. Manchester United, Liverpool Arsenal and Chelsea have won the FA Cup 18 times in 22 seasons. Since 1992 Newcastle are the only side to lose back-to-back finals. In this period Manchester United have lost three times on the big occasion.

The record for the most FA Cup wins is 11 by Arsenal and Manchester United. Tottenham Hotspur have won 8 Cup finals and Everton have lost most. Twice in the 1980’s that club played their near neighbours Liverpool in the final. Eight teams have won the competition two years in succession. Arsenal are trying to add to that tally as they are the holders. They beat Hull City 3-2 in last year’s final after extra-time and conceding two goals in the first ten minutes. The showpiece finale of the English season has been won once by a non-English team, Cardiff City in 1927.

Arsenal are the favourites to win the Cup Final this Saturday. They finished 14 places and 37 points ahead of Villa in this season’s Premier League. In addition to their fine record in the FA Cup they have won the top league in England in 13 years. In the 2001-02 season they completed the league and Cup double and two years later they were unbeaten in the league over a full schedule of 38 matches. Arsene Wenger is their manager and he is now the longest serving coach in the Premier League and after the retirement of Alex Ferguson the most successful in the FA Cup.

Aston Villa are one of oldest members of the English football league but their past history is more glorious then their more recent one. They were champions of Europe in 1982, the year after they last won the top league in England. Recent seasons have been more about avoiding relegation than competing for titles and they only confirmed their top level status in the last two weeks of this season. They are managed by Tim Sherwood, a bright young coach who captained Blackburn Rovers when the won the 1994-95 Premier League. Villa were in danger of being relegated but the new manager instilled some confidence and introduced an effective winning strategy.

The last 22 finals have produced just 45 goals at an average of 2.05 per game. Only 17 of those were scored in the first half and both teams have found the net in six of these fixtures. The team that scored the first goal have won 15 times over this period. There has been one goalless draw and seven matches have seen three goals or more. On seven occasions the team that has led at half time has gone on to win the fixture. There have been 19 definite outcomes in ninety minutes and three have been extended beyond normal time. In 2001 and 2009 the first scorers lost the final in regulation play.

Arsenal signed Danny Welbeck from Manchester United during the transfer window last summer. He was one of few Manchester born players in that squad but the new coach, Louis Van Gaal, did not see him as a prolific scorer. He was right in some ways as Welbeck misses plenty of chances but his speed and direct running will be missed by his new club on Saturday. The striker has been absent from the team with a knee injury and has not recovered in time to play in the Cup Final. He will also not be fit for England’s friendly match with Ireland and Euro 2016 qualifier against Slovenia.

In Welbeck’s absence Ramsay will be expected to make a greater contribution in the attacking third than his common for a midfield player. He has the capacity to score a goal as he did crucially in last year’s final against Hull City. There have been some rumours of a move to Barcelona and he would be a good fit as that club’s style is not too dissimilar to the way Arsenal play. Ramsey has scored 37 goals in 224 matches for the club and nine goals in 33 internationals for Wales.

Christian Benteke is a man in form for Aston Villa with 12 goals in as many matches in the early days of the Sherwood era. He scored the side’s equalising goal in the FA Cup semi-final win over Liverpool. There has been talk of a move away from Villa so the Cup Final could be his swansong for the club. He’s an important player because he is so physically strong and will have to be effective on Saturday if Villa are to beat Arsenal.

Under a former manager London club Arsenal were known for winning matches by one goal to nil. Recent Cup Final outcomes point to that score line and the trophy staying in London rather than travelling to Birmingham where Villa play their matches.