Betting Guide to the World Series 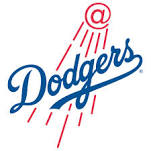 The current Futures betting for the World Series is wide open which suggests no one MLB team has stood out over the early matches of the season. Each franchise plays 162 matches in the regular season and to date no team has completed 30 so the form has not settled down and in theory every team could qualify for the play-offs. The LA Dodgers are the favourites but 12 sides are priced between 7.00 and 21.00. Odds are updated after each day of matches and fluctuations in form are reflected in the odds on offer for all the divisions and leagues.

The World Series has been played since 1903 in MLB between the winner of the American League and the winner of the National League. Before 1969 the teams with the best records during the regular season from each league met in the final. Since then the post season involves a play-off series which culminates in the World Series. The finals have been played 110 times with the AL winning 63 and the NL 47. The winner is determined by results in a 7 match roster of matches.

The New York Yankees from the American League have won most World Series, 27 in total from 40 played. Their last appearance in the season decider was in 2009 when they were the overall champions of Major League Baseball. The next most successful franchise is the St Louis Cardinals but they have only won the World Series 11 times. No other team has a double digit number of championships in their record.

The Yankees have won at least two play-offs in every decade since the 1920s except the 1980’s when they won none. The New York Giants played in each final from 1921 to 1924 which is a record and there are only three National League teams have won back-to-back end of season eliminators. The Chicago Cubs were the winners in 1908 and have not since added to their tally which is a record. The Washington Nationals and Seattle Mariners are the only two franchises to have not played in the World Series.

Bookmakers issue odds for the World Series and both leagues before the regular season begins and update these markets after each schedule of matches. In Europe these type of bets are called ante-post markets which are the same as the Futures offered by bookies in North America. It is also possible to place Futures bets on the winner of each division within the two leagues. It is possible to bet on the run line money line and totals for each individual match in MLB.

The Yankees are still in the mix to win their 28th World Series after a gap of six years from their last appearance. They beat the Boston Red Sox 3-0 in a mini-series last weekend and have since been backed to win the finals and the American League pennant. They have a win-loss of record of 16-9 for the season and are joint third favourites with the Red Sox to win the league behind two American League Central teams who are just about tied in the division. The Detroit Tigers, Los Angeles Dodgers sand Washington Nationals are the first three in the latest betting for the World Series this season.

The Dodgers are clear favourites to win the NL West and the shortest priced of any of the divisional favourites. They are on a four game winning streak, including a 3-0 beating of Arizona over last weekend. They are now the favourites to win the pennant though the St Louis Cardinals and Chicago Cubs will have their say in the final outcome. Chicago would have been shorter in the betting but for losing two of three matches at home to the Milwaukee Brewers.

Odds are quoted for all MLB matches during the regular season and the play-offs. The key to consistently backing winners is to compare the efficiency of each pitcher and the quality of their replacements in reserve. The pitcher is the most important player in any baseball team. His role is to throw the ball at the batters as quickly and accurately as possible so they have no chance of hitting it and getting a run. It’s easy to keep track of readily available stats which can be used to find the best bets.

The Earned Runs Average provides the average number of runs a pitcher concedes through poor pitching during a game. It is an average for the current season to date. If you are assessing a game and team A’s pitcher has an ERA of 2.5 and team B’s an ERA of 5.6 you will see straight away that team A should have a significant advantage. To take the analysis further it is possible to compare the Total Runs Average to discover the total average number of runs a team concedes when a particular pitcher is playing for them.

There are so many games played in a baseball season that the best approach is to use a long-term strategy for the summer, using these statistics. Typical odds are 1.95 so if you bet 10 dollars each time and get 20% wrong over 100 matches the profit for the season could be over $500.