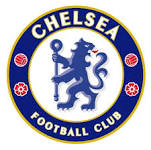 The last fixture of the weekend could be the most significant as a win for Chelsea will take them to three points from winning the Premier League for the first time since 2010. Jose Mourinho won two titles when he previously managed the club. He has a record of second season success and has won four titles across Europe after an initial bedding in process of one full season. The squad he inherited was not to his liking so he brought in players more likely to buy into his philosophy. Diego Costa was recruited from Atletico Madrid and he still could be the first overseas player to be top scorer in his first season playing in the Premier League. Arsenal can maintain an interest in being champions with a win but Chelsea have the experience to grind out a draw and earn a point that would keep them at least nine points clear at the top of the table with just five matches to play. Chelsea are big favourites to win the Premier league.

This is a fixture that will be key to determining which side can still finish fifth in the table and qualify for next season’s Europa League as a top four position is unlikely. Both sides have had a dip in form in recent weeks but home advantage can be the deciding factor. Southampton have won 10 of 17 fixtures at their own stadium this season, scoring 29 goals and conceding 10, the second best home defensive record in the league. Tottenham have won 8 of 16 matches on the road but adding to that tally looks beyond them in this fixture.

Palace are now becalmed in mid-table safety, free of relegation issues and unable to qualify for European competition next season. Alan Pardew is a former player and he has transformed the side to such an extent that they could finish in the top half of the table. Hull are getting dragged into the relegation mire and another defeat could see them dropping into one of the three relegation places if other results go against them. Palace have won just 5 of 16 home league matches this season but can make that 6 against a Hull side and that have won just 2 league matches on the road this season.

This is another fixture that has mid-table mediocrity about it as both sides will not get relegated and cannot qualify for Europe. In this type of match motivation can be an important factor in determining the outcome. Newcastle were poor at home last week when they lost 3-1 to Tottenham. The ground was more than half empty as the match finished and the owner is coming under pressure for a lack of investment and ambition. Swansea are known for over achieving and not replacing the manager every year. Early season optimism and promise has not been maintained but Swansea have enough points not to be concerned about relegation at the business end of the season.

As it stands the three teams that were promoted to the Premier League last season are in the bottom three and the relegation places. QPR moved up a division through the play-offs but an immediate return to the Championship is now a distinct possibility. Despite a large investment in players they do not have the quality to survive in the top division of English football. West Ham are slipping down the table after a promising start to the season. The manger could get sacked when his contract expires in the summer and the players seem to have lost some hunger and desire. The net result is a potentially close match that neither side can push on and win.

This match will test the theory that the side with a greater need for points will use that incentive to be more motivated. Stoke are safe from relegation and will not play in Europe next season while Sunderland are right in the mix to fall out of the division by finishing in the bottom three. If other results go against them and Sunderland lose this match they will fall into the drop zone. However, last season they escaped from a more perilous situation. The recruitment of a new coach has brought some improvement but the side cannot find the consistency to break into mid table safety. Stoke are the perennial mid-table team and they are heading for that scenario this season. They have only won 8 of 16 matches on their own pitch and Sunderland could have the hunger to prevent an increase in that tally.

West Brom are managed by Tony Pulis who has never been relegated as a manager and he has worked his magic again. His side are now 13th in the league and have accumulated enough points to escape the drop. The remainder of the season is about achieving the best possible place in the league but the side may lack motivation now that their Premier League status is assured. Liverpool were contending for a top four finish but they have lost key matches at a crucial stage of the season. They played poorly in defeat to Aston Villa in the semi-final of the FA Cup and Steven Gerrard’s final season is turning into a disappointment. Even so Liverpool still have the quality and incentive to win this match.

This fixture is a classic six pointer in the context of which teams will be relegated from the Premier League. Burnley are bottom of the table, 2 places and 2 points behind Leicester. However, that side have played one game less but their match in hand is against Chelsea. If Chelsea beat Arsenal at the weekend a win at Leicester on Wednesday would clinch their first title in the second Jose Mourinho era. Leicester have won their last three matches so have the confidence and momentum to win this critical fixture. Burnley have the lowest wage bill in the division and that usually equates to league position. The squad does not look strong enough to survive at this level and Leicester can continue their winning run with victory in this fixture.

In terms of winning the Premier League Manchester City’s challenge is just about over and they won’t be champions of England for the third time in four years. At Christmas they were level with Chelsea but they are now 12 points off the pace and still not certain of playing in the Champions League next season. Key players are either injured or looking to leave the club and the manager could get sacked in the summer. Aston Villa are on a massive high after beating Liverpool in the semi-finals of the FA Cup and will now play Arsenal in the final at Wembley Stadium at the end of May. Winning may be beyond Villa but they can pick up a vital point which will virtually confirm another season in the Premier League.

Everton are now in the comfort zone of knowing they are safe from relegation. However, their home fans do not tolerate any dip in effort especially when United are in town. There are several long standing issues between the clubs going back to Wayne Rooney moving to Manchester and David Moyes leaving his job as the manager of Everton to take over from Sir Alex Ferguson at Old Trafford. Although it is a massive long shot United can still win the league but need Chelsea to start and keep losing to have any chance of becoming champions again. In some respects Everton have underachieved but that view is based on expectations after their results last season. Mid-table is probably their level based on buying power and match day income. However, regardless of league position Evertonians passionately want their side to beat United but that side have a great recent record at Goodison Park.