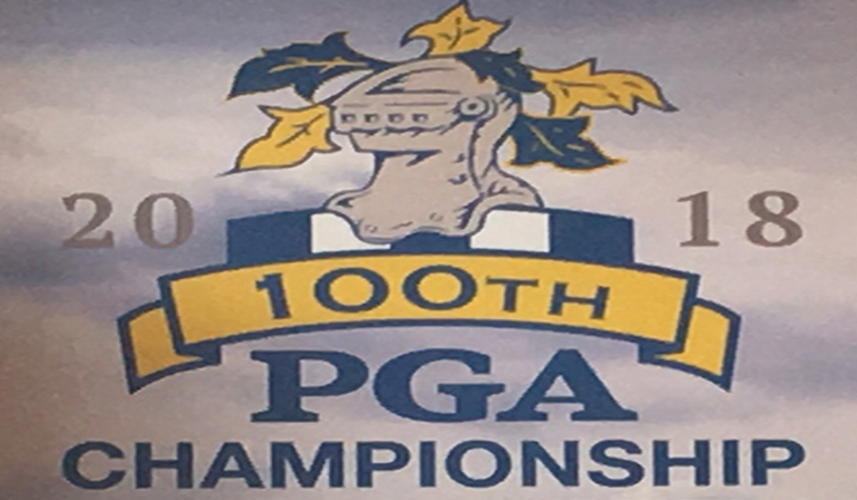 The PGA Championship is the fourth and final Major Championship of the PGA Tour each season, and this year’s tournament is shaping up to be an exciting one, especially from the perspective of the sports bettor. A few favorites have dominated early betting, making it hard to know who the overall best pick is to win the entire championship.

If you’re thinking about placing a bet or two on the PGA Championship, keep reading. We’ll go over what to look for in a strong positive expected value bet, and the key things to watch out for.

We’ve seen a lot of PGA Championships in our time and this is one event whether it’s live betting or not you want some action on.
Plenty of Great Odds and Action at Bovada

Picking the overall winner of any golf tournament is incredibly tough. With dozens of entrants and any number of things that can go wrong, picking one golfer to win it all is rarely easy. In fact, most of the time you are going to be wrong.

That’s okay. The goal is to be right in your prediction often enough that you turn a long term profit with your bets.

The PGA Championship is no different. It’s impossible with a great deal of accuracy to pick the winner, so you want to pick a golfer that has a greater chance of winning than his return payout. This is often referred to as an overlay or positive expected value.

Let’s give a quick example before we jump into the actual field. Golfer ABC has been having a great season, and you believe that there’s a 10 percent chance of winning. That’s one out of ten tries, if he were to play the same tournament ten times. If this is an accurate assessment of Golfer ABC’s ability, then any payout that is higher than 10-1 is one with positive expected value.

Now, let’s apply that to real life. Currently, Dustin Johnson is the consensus favorite at most sportsbooks like Bovada to win with 8-1 odds. Of course, this will vary depending on the book that you use and the current action being shown. If Johnson realistically has a better than 8-1 chance of winning (12.5 percent), then he would be a good bet here. In all honesty, Johnson does not have this high of a likelihood of winning, and therefore betting on him to win the whole thing is a negative expected value play. As good as he is, his odds of winning are probably closer to 8 percent. This means if you find a book offering 12-1 odds, Johnson would become a good bet. Right now, none of the major books are offering this rate.

Other golfers ranked near the top of this field include Jason Day, Justin Thomas, Rory McIlroy, and Jordan Spieth. Day is currently listed at 8-1 odds, while Thomas and McIlroy are hovering around 10-1. Spieth is between 10-1 and 12-1 depending on where you look. Of these golfers, Thomas and Spieth probably have the best chances of winning a Major right now, although they have not played at the high level that they could considering their past achievements. From a betting standpoint, Spieth is probably the strongest pick at 12-1, but if the odds you are being given are worse than this, he is no longer a good play.

McIlroy could surprise some people and pull out a victory, but if you do place a bet on him, you would need odds of 11-1 or better. Live betting on the tournament will also be in play this year.

The good news is that lines change at sportsbooks as the action heats up or cools down. If one golfer is getting too much action, the books will lower his payout and increase that of others. In a case like this, you might just be able to steal an awesome bet on one of these top ranked golfers.

However, unless this happens, books tend to stay pretty efficient at the top of the field. It isn’t until you get down into the mid-tier of golfers that you can start to find great value plays. Golfers like Henrik Stenson and Patrick Reed who both have about a 3 percent chance of winning could find some value if their rates climb as other golfers see action. In order for a bet like this to become a positive one, you would want to lock in a rate of at least 33-1. Since Stenson had opening odds of 20-1, he’s not likely to see this happen, but Reed could be a dark horse here. His odds opened at 50-1 and currently are resting at about 35-1, depending on where you look.

Other players to keep an eye on include Adam Scott, Justin Rose, and Bubba Watson. Each of these golfers has a 4-5 percent chance of winning the championship, meaning that they would need to see odds of 24-1 or better to make a bet worthwhile. Most of these guys are currently resting between 25 and 30-1, meaning that unless the lines change, these golfers are already positive valued bets. If this is a risk that you’re willing to take, it could be a worthwhile play.

Event, or prop, bets are based on the outcome of a certain event or string of events. For example, on PGA Championship prop bet you might find could be, “Will someone hit a hole in one?” If you nail a bet like this, you could be looking at a mammoth payout. The odds of most prop bets are not positive, and for the most part, you should stay away from them. But not always. Occasionally you will find a prop bet that is a really good deal. At the very least, they are worth looking at before you dismiss them completely. You can also try your gaming at the Draftkings sportsbook. Your options keep getting better.

Betting on the PGA Championship is always a lot of fun. Hopefully, this brief guide was helpful.

The Power of Betting on Golf