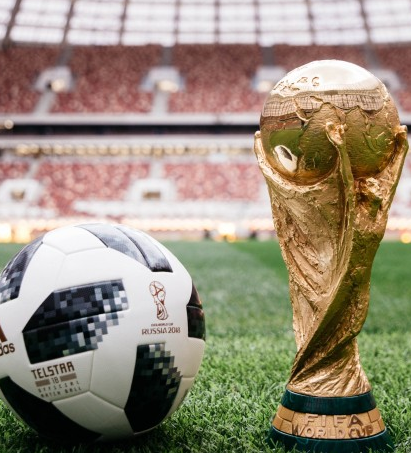 We are now at the stage in the World Cup when all 32 teams are playing the third and final group fixtures. Getting the World Cup betting information is what we are here to share with you.The top two teams in each section qualify for the knockout rounds and the first stage is matches in the round of the last 16. After the round robin format in the first round whereby each team plays the other three teams in the group the World Cup now becomes a knockout competition culminating in the final. It takes 48 matches to reduce the field from 32 to 16 teams. There are now 16 matches in the knockout rounds and that includes a playoff for third and fourth place.

If scores are tied after 90 minutes there is a further 30 minutes of extra-time. If there is still a stalemate ties are settled with a penalty shootout and both teams take five penalties. Sudden death penalties then apply if the teams cannot be separated. It is cruel to lose on penalties but this is still the fairest way to decide the outcome of Cup matches. One team progresses to the next round and the other team is eliminated. The schedule does not allow for replays even if the final is a draw. A penalty shoot out is still based on skill but the best team does not always progress.

England have been involved in three penalty shootouts in the World Cup and lost them all which is a record. Brazil beat Italy in the 1994 World Cup in the United States after a penalty shootout in the final. The 16 teams that qualify for the second round will be aware that penalties could decide one of their matches in the football tournament that matters most but they must qualify first.

The third fixtures in each group are played at the same time. This means that no teams have the advantage of knowing what is required to qualify for the next round. When each group is completed the winners of the eight groups play the runners-up in the last 16. The draw is predetermined which means the final will be between one team from Groups A to D and opponents from Group E to H. Only eight countries have won the World Cup and the cream always rises to the top. Here are the best bets for the third phase of group matches in the 2018 World Cup:

Russia have the better goal difference so a draw against Uruguay would clinch the group and set up a tie with the runners-up from Group B. Russia are the joint highest scorers with Belgium and have already qualified for the last 16 so they can achieve the draw that will make them group winners. With Mo Salah in the side Egypt have the ability to beat Saudi Arabia and finish third in the group from which Russia and Uruguay can progress.

Cristiano Ronaldo and Diego Costs are leading contenders for the Golden Boot which is awarded to the leading scorer in the World Cup. If there is a tie assists will determine who wins the prize. Both players have scored in each match so Ronaldo is tipped to score for Portugal against Iran and Costs can find the net against Morocco for Spain. Romelu Lukaku of Belgium is tied with Ronaldo on four goals after two matches but Lionel Messi has not scored for Argentina.

France have already qualified and a draw against Denmark will clinch the group and set up a last 16 fixture against the team that comes second in Group D. Despite not being at their best France have won maximum points from two matches. If Australia beat Peru and Denmark get nothing from the match against France Australia will progress to the second phase due to finishing second in the group. Peru are out and having nothing to play for except national pride so Australia should be backed to win this match.

Argentina were one of the favorites to win the World Cup before the tournament began and now they are on the verge of elimination. They must beat Nigeria in their last fixture and hope Croatia beat Iceland. There seems to be disarray in the camp and Lionel Messi has not produced the goods. Croatia have emerged as outsiders to win the World Cup and are almost certain to win the group. Iceland can avoid defeat and could win the fixture but Nigeria are fancied to hold Argentina to a draw.

Costa Rica have lost both matches so are out of the tournament so its any two from three teams who can progress and each team could still win the group or finish second. Its inconceivable that Brazil could miss out but if they are beaten by Serbia and Switzerland beat Costa Rica or even draw the five times winners will be going home. The more likely scenario is wins for Brazil and Switzerland and the winner of the group will depend on goal difference.

Germany scored the winner against Sweden deep in added time and that goal changed the whole complexion of the group. Mexico have won both matches but are still not definitely through. If Sweden beat them by more than two goals and Germany beat South Korea by the same margin Mexico could be out. However, they have emerged as one of the best teams in the tournament and they can continue the run by beating Sweden. Germany can qualify by picking up three points in their last match.

England and Belgium have maximum points and the other two teams in the group have lost both fixtures. England lead the group on the basis of cards shown and a draw will suffice against Belgium as long as they don’t get more bookings in the final match between the teams. It is quite possible that the group winners will be decide by lots but England can take that out of the equation by beating Belgium. Tunisia can beat Panama to clinch third place.

If England won Group G they meet the second placed team from this group which could still be Japan, Colombia or Senegal. Colombia looked the most impressive team in beating Poland 3-0 which eliminated their opponents. Wins for Japan (v Poland) and Colombia (v Senegal) will send Senegal home and Poland are already out. If this happens Colombia will finish second in the group which sets up a potential tie with England in the round of the last 16.

When it comes to making the right world cup bets, it will come down to many different variables. In the end the decision will be yours so use this information to help make the betting thoughts flow through easier.