US Open Championship Shapes up at Oakmont 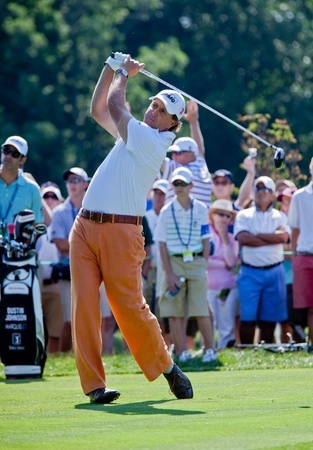 Starting on Thursday, June xx, the U.S. Open Championship kicks off. This four day tournament is the second Major Championship of the 2016 PGA Tour, and the field looks a lot more uncertain than it did last year. Last year, after his stunning performance at The Masters, Jordan Spieth was a strong favorite going into the U.S. Open, but that’s certainly not the case this year. Let’s take a look at who the sports books like, what the payouts are if they take the win, and how you should approach your own bets.

Right now, the overwhelming favorite for this tournament is Jason Day. The consensus return on him is currently +700. Following closely behind him are Spieth and Rory McIlroy, at +800 and +850, respectively. All of these seem like great deals, especially because of how dominant they are or have been. There are concerns with all three of them, though, and it’s hard to see at first glance which, if any, are going to be good bets, and which are throwing your money away. Looking at Spieth, it’s easy to see him as a great bet as he’s the defending champion and his payout doesn’t reflect that experience. But that has happened for a reason. Spieth has been weak in the last stages of his tournaments, as he demonstrated at The Masters. There, he fell from a solid lead, to throwing it away on the last day and finishing T2. Since then, he has won a tourney, but it was a weak field. He’s also missed a cut since then, and had a T57. That’s not exactly the kind of consistency you’d like out of a champion. 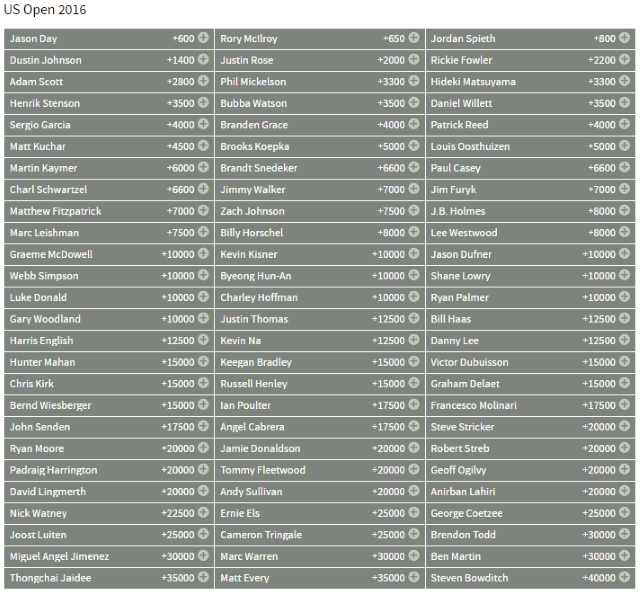 With McIlroy, it’s also easy to see his past successes. He’s even had a win, back in May on the European Tour. In the one tourney he’s had since then, he finished T4. However, McIlroy missed much of last season thanks to injury, and there have been concerns about him not being fully healthy. However, he appears to be in better shape than Spieth right now, barring any unforeseen circumstances, and with the slightly higher payout, that makes him a far better value bet right now. When it comes down to it though, if you are thinking of betting on either one or the other of these two, then you will need to do some deep research of your own. We like McIlroy, though, and suggest him over Spieth. His recent successes have been far more consistent than Spieth’s.

But what about Jason Day, the favorite? We like Day, and are fully ready to admit that he’s a great golfer. He won The Players Championship a few weeks ago, which was very impressive, but a T27 in his only event since then wasn’t indicative of what he can do. The problem with Day isn’t that he’s talented, but that his true odds of winning this championship are not enough to warrant a +700 payout. Ideally, we’d like to see +1000 or better, so until that happens, we will be holding off on Day. He has potential, but not enough to waste a large bet on.

If you are looking at a dark horse type bet, there are tons of outsiders that you should be considering. Danny Willett has shown huge potential this year, winning The Masters. And his +3500 payout is more than enough to attract money. This is likely to drop, so if you want a good payout for him, you need to act quickly. Bubba Watson is always a threat, too. Although at +3000 he’s not the most attractive bet, he’s far more capable of winning than this number indicates if he’s fully healthy, so this could be a strong value bet, too.