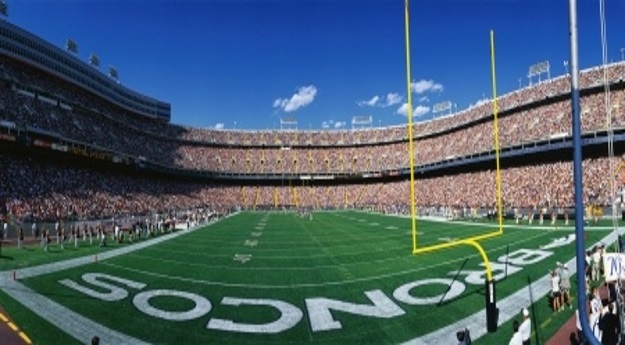 The 2016 NFL season is about to kick off! This season promises to be exciting, and after all of the events of last postseason and the summer, this is one of the most highly hyped football seasons in recent history. If you don’t know who the favorite team is to win the Super Bowl this year, you’re definitely not alone. Let’s take a look at what the sports books say, and whether or not those are good choices for your own betting.

Right now, many books have the New England Patriots listed as the favorites to win the Super Bowl. This is a bold call, especially as Tom Brady is suspended for a portion of the season. The line is +750, on average, which is actually a pretty fair number. The reality is, even with Brady missing some of the season, he’s not sitting out long enough to take away New England’s chances of making the playoffs. He will be back long before this becomes an issue, and even if they lose every game while he’s out, the division is weak enough that they’ll still be in the postseason. And with their main competition in the AFC—the Denver Broncos—having a new QB this season, the Patriots are an easy favorite to pick. The problem is there’s not much of an upside for choosing them now because their payout is pretty spot on.

In the NFC, we have the Green Bay Packers and the Seattle Seahawks as the joint favorites. Both have a current payout of +800. Both teams had decent seasons last year, but there are some serious problems with Seattle’s ranking. At +800, and with the holes that were exposed in their game last year, this is not a good price. Even if they do go to the postseason (which they probably will), there’s not any profit margin here. Of the two, Green Bay is by far the better choice thanks to their returning strength, but this is also a questionable value play thanks to the tiny return.

In the NFC, the bigger value pick from a favorite is the Carolina Panthers. They went to the Super Bowl last year, although they were beaten pretty handily. But QB Cam Newton is a bit more mature this season, has really shown that his passing game is better, and the team as a whole looks stronger than last year. With a return of +950, they are a far better value pick than any other NFC team as there’s a higher return on your investment in them.

While they might be an outsider for the Super Bowl, The Cincinnati Bengals appear to have really good value at this point in the season. QB Andy Dalton had an amazing season last year and really looks like he’s found his groove with his teammates. There are some strong players returning to the team this season, and with a better defense this year, the Bengals are poised to have a breakout season. They aren’t quite a shoe-in for the postseason, but there is a better than 75 percent chance that they will make it. If this occurs, they just need a few nice breaks to make the Super Bowl. Their return currently stands at +2000, which is really good for a team as talented as they appear to be on paper. It’s an outside shot, but this is the kind of thing that you want on your side when looking to Super Bowl futures when it’s still the preseason. They have great potential, and with a large return, this is typically a risk that is worth taking.