Arsenal Can Beat Chelsea at Wembley 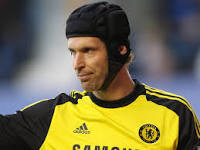 The Community Shield is a soccer match in England that is a curtain raiser to the regular season and brings together the current league champions and FA Cup winners. It’s played at Wembley Stadium but is little more than a glorified friendly but has an edge this year due to the contrasting nature of the managers in charge and the different contrasting ways in which Arsenal and Chelsea operate.

Arsenal are managed by the studious Arsene Wenger and run on a sound business footing while Chelsea are coached by Jose Mourinho and have been bankrolled by Roman Abramovich, the Russian oligarch with friends in high places. However, on the pitch Arsenal play with carefree flair and Chelsea are more about a solid defence and midfield.

Wenger and Mourinho have never really got on and maybe that is because they have such different personalities and approaches to managing football teams. The former is like a professor while his counterpart is more of a man manager type of spiv. Both methods work as the two men are the most successful managers in the history of each club. Wenger won last season’s FA Cup with Arsenal and Mourinho led Chelsea to the Premier League title.

It wouldn’t be English football without an unseemly spat fuelled by a media frenzy and this week it was claims by Mourinho that Arsenal are trying to buy the title. One of the key aspects of a long season in England is what are called mind games by which opposing managers try to score points. The past master was Sir Alex Ferguson who wound up his colleagues as manager of Manchester United.

The Chelsea manager said this week that Arsenal’s heavy spending makes them genuine title contenders. For years the club would not spend big money as they made moving to a new stadium a financial priority. That goal has been achieved within monetary constraints and now they can afford to invest in the transfer market. Wenger countered Mourinho’s claims by stating his policy has not been dependent on the chequebook.

It is typical of the man and club that are a perfect fit that Wenger has extolled the virtues of doing things correctly rather than splashing the cash indiscriminately which is the nature of the Chelsea ownership. Abramovich made his vast wealth by buying and selling natural resources in Russia and his background is questionable at best. Wenger has a different ethos which he summed up in the British Press this week when saying:

“If you want to create success, which we want desperately, you focus on what happens inside, just try to do as well as you can and believe in the football we want to play on the park and let other people talk. We just try to make the right decisions. When we have the money available, we spend it. When we don’t have it, we don’t spend the money we haven’t got.”

That statement is the epitome of sound money management while Chelsea have fallen foul of regulations by spending too much. They are also one step behind Arsenal in moving to a more modern ground as their current home is in a built up areas and cannot be developed. Chelsea won the league last season with something in hand but Arsenal are now worthy challengers to win the league for the first time since the 2003-04 season.

There is added intrigue to the match with the likely appearance of the former Chelsea player Petr Cech in goal for Arsenal. He was allowed to move across London because the Chelsea hierarchy appreciated his loyal service and contribution during most of the Abramovich era. At his peak he was the best keeper in the league and could still give Arsenal five years service. His new club were outstanding in the 4-0 win over Aston Villa in the Cup Final and will be looking to build on that result by being top dogs in England for the fourth time in the Premier League era.

Arsenal can put down a marker for the new season by winning the Community Shield. It is more a ceremonial honour than anything else by Wenger would love to beat Mourinho and have the bragging rights until the proper action begins next weekend.