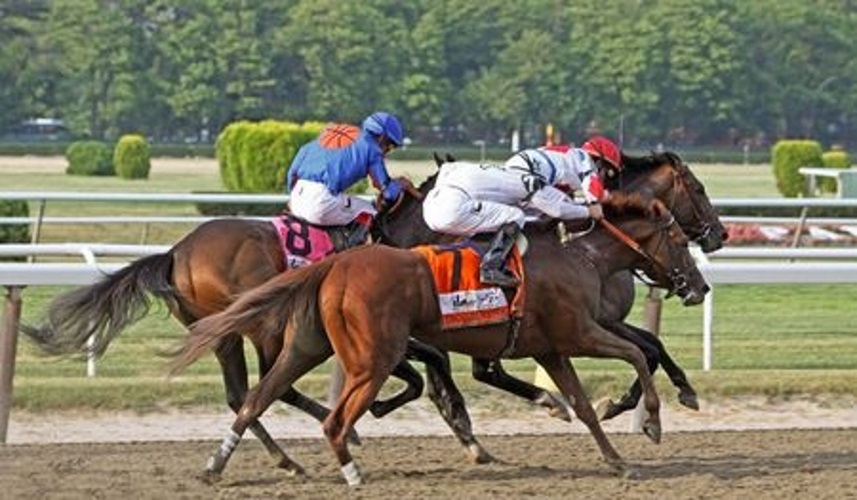 On Saturday, June 11th, the Belmont Stakes conclude this year’s Triple Crown races. We already know that there cannot be a Triple Crown winner this year as Nyquil was beaten in the Preakness Stakes a few weeks ago, but that doesn’t mean that Belmont will not be a big race. Nyquist will not be racing here, but several other Derby horses are. If you’re going to be betting on this race, make sure you know what you’re up against before you place a bet.

Other than Nyquist not being entered, the big news for this race is that Exaggerator’s jockey, Kent Desormeaux, has been being treated in alcohol rehab. Exaggerator won the Preakness with style, and media releases do claim that Desormeaux will be riding him for the Belmont, but it’s easy to wonder whether or not he will be ready for this level of competition so soon. He has struggled with alcohol in the past, and was fined last year for being under the influence at a race. Everyone is backing his struggle for sobriety, but it’s natural to question whether or not he will be mentally ready to race by Saturday. He’s expected to be in New York by then.

From a betting perspective, you need to ask yourself whether or not Exaggerator will be the top racer if Desormeaux is either not his jockey or is mentally unprepared for the race. The Belmont Stakes is the longest race of the Triple Crown, and at the Kentucky Derby, he looked far stronger in the final straightaway than Nyquist did. The books currently have Exaggerator as the strong favorite with -120 odds. When it comes to a morning line, that’s about a 4/5 payout, which is a strong favorite. With Desormeaux in top form, that’s a realistic number, but we all know that’s unlikely to be the case, and therefore this is a bad bet.

So, what’s the best way to go? Brody’s Cause and Suddenbreakingnews both struggled in the last half of the Kentucky Derby, and this race is going to be much rougher on them. Cherry Wine had a great Preakness, finishing second, and with sportsbook payouts of about +650, this could be a strong bet. Stradivari is also a strong choice, especially because a lot of experts believe that he had a bad start at the Preakness and the short distance hurt him. With a much longer race, that is far less likely to have an impact here, and with a payout of +800, we like him even more than Cherry Wine.

With a horse like Lani, where he’s proven that he’s not ready for the big races, you should just pass by without spending too much energy thinking about it. Yes, the +2000 is really enticing, but in reality it’s just throwing money away. With a +2000 payout, you would expect him to win more than once out of 20 times, and that’s not the case here.

Creator and Destin are the only other two feasible choices. They both have great payouts with +2000 and +1500, respectively, but those are obviously longshot choices. They might be nice to mix in with exotics like the exacta or trifecta, but for our money and from what we’ve seen of them so far on the track, the odds of them taking the straight win are not good enough. Still, these are both positive expected value bets, and there could be a chance that they will pay. We recommend using these horses as win bets only if your bankroll is large enough to accept a wide swing in variance. Then, and only then, these bets could have high value.