Could Be Top US Player at Augusta 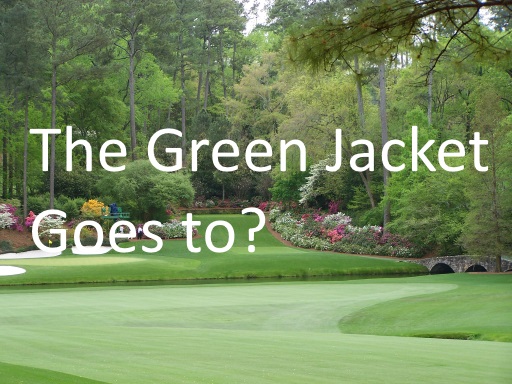 Rory McIlroy and Tiger Woods will dominate the media attention ahead of the US Masters but several other players can have a fruitful week at Augusta. Arnold Palmer won the US Masters four times but his namesake called Ryan has the profile to score best of the American contingent in the first major of the season this week. Henrik Stenson looks a major champion in waiting and even if this is not to be his week in the sun he has enough in his favor to make a good run at being top player from Europe. Jason Day has the attributes to emulate Adam Scott in taking the Green Jacket for Australia.

The odds in this market reflect the outright betting which means Jordan Spieth is the favorite but Ryan Palmer has the game to outscore some of his more famous compatriots and end the week as top American player. Spieth has been backed with European books as though defeat is out of the question and the weight of money means some bookies would prefer McIlroy to complete the career Grand Slam.

Ryan Palmer would not appear on many lists as a potential Masters champion but on reflection he has the profile to contend this week. He is the only US player in the field in the top 50 for the four key skills of driving distance, greens in regulation, scrambling and putting. He has the length off the tee to set up plenty of eagle and birdie opportunities and control with his irons to consistently find the putting surfaces in the correct number of shots.

Palmer also combines solid current form with a top 10 at Augusta in 2011. He has missed two cuts from four appearances in the Masters but has taken his game to a consistent new level this season. Palmer has made six from seven cuts in 2015 and never been outside the top 25 when playing over the weekend. He was tied sixth in his latest tournament in Texas and that level of form could see him get in the mix at Augusta.

McIlroy is the clear and obvious favorite to score best of the players from Europe but Stenson has a better overall skills profile and can finish higher than the world number one. Rory has taken driving accuracy and distance to a new level and that is key to racking up birdies on the par fives at Augusta. However, Stenson has the temperament and ability to join the major champions club.

The Swedish player is currently in the top four for greens in regulation and scrambling and no other European is in the top ten for two of the four key attributes for good scoring. Stenson does not score well for length off the tee but can compensate for average distance with his excellent long iron game and the skill to get up and down when he misses a green. That profile means he should appear on the leader board on Sunday afternoon.

The field could be playing for second place including McIlroy if Jason Day brings his best game to Augusta. He has the best skills profile of the entire field and has served his time at Augusta. Keeping out of trouble will be vital this week and that comes with course experience. Day has played in the US Masters for the last four years so understands the demands of the challenge, making three cuts and withdrawing through injury in 2012.

The Aussie has a great chance to become just the second player from his country to win the US Masters and be the 21st winner from overseas in the history of the tournament. Adam Scott won the Masters in 2013 just nine months after wasting a great opportunity to win the British Open and Day can bounce back from similar near misses. He has finished second at Augusta in two of the last four years and though he may not win the tournament he can be the best player from the rest of the world.

All odds supplied by sportsbook.ag. A review can be found here.