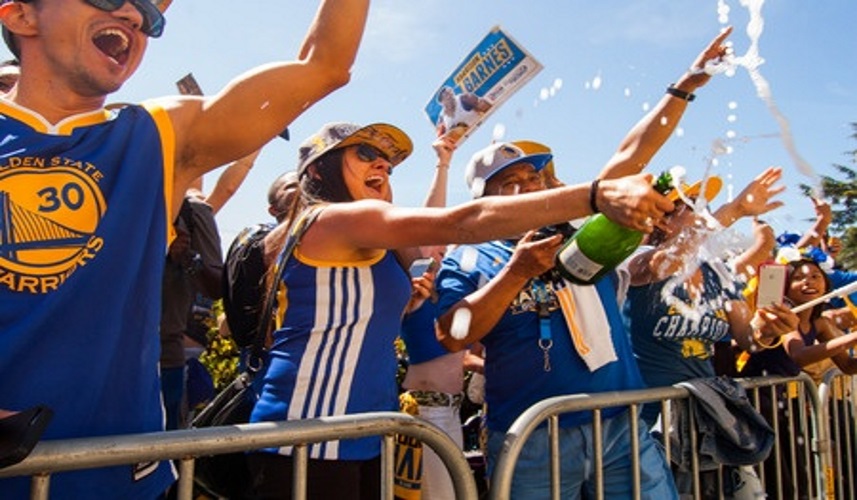 The NBA Finals is one of the most exciting times of the year for sports fans. With the just a handful of teams remaining, now is the best time to place a bet on who you think will win it all thanks to the better odds you will receive.

Right now, the overwhelming favorite is the defending champion, the Golden State Warriors. However, with Steph Curry still fighting an injury, the team is severely weakened and the -125 odds that many sportsbooks are giving the Warriors is probably not enough, especially if Curry is absent from any more games. His coaches have been smart in resting him when they can win without him, so it will be interesting to see if he plays. That’s all still up in the air. If he plays and he’s healthy, this is a great deal. We’d even be willing to take worse odds on the Warriors, maybe even as low as -200. But with Curry questionable, that’s not a bet we’re willing to take yet.

There are a handful of teams that you should definitely avoid betting on. For example, the Portland Trail Blazers. They’re a good team, but they don’t have the manpower to stay competitive in a seven game series against a team like the Cleveland Cavaliers or their current matchup, the Golden State Warriors. They are likely to be eliminated soon thanks to the fact that the Warriors lead the series, even without Curry playing. Also, you should probably avoid the Miami Heat. The Heat are an aging team, and they’ve lost a lot of the pop that they once had back in their prime days, a few years ago. The odds of +12500 that they’re getting are pretty nice, but that’s not enough right now. Plus, their center was just announced as being injured, further putting a strain on the team’s ability to stay fresh and competitive.

So, who should you bet on? Like we said, if Curry is back and he’s healthy, the Warriors are the best team. They destroyed the single season win record this year, they’re the defending champs, and even without Curry, they are the favorite to win it all. However, not having Curry is tough, and -125 just isn’t enough of a payout to sway us. The Cleveland Cavaliers are the Eastern Conference’s best challenger against the Warriors, and the payout of +225 is a fairly accurate portrayal of where they stand.

The Western Conference is a better conference this year, though, and we think that they’ll be the winners here. And if it’s not the Warriors, then it would have to be either the San Antonio Spurs or the Oklahoma City Thunder. The Spurs have been playing surprisingly well, and no one really expected them to keep up with the Thunder. Now that the series is tied, the Thunder have momentum and they’re our value pick. This is, of course, assuming that Curry is not at 100 percent by the time they face each other. But with a payout of +1700, the Thunder have such a high return that it’s almost foolish to not take this chance right now. Compensatory bets can always be placed later, too. The one-two punch of Kevin Durant and Russell Westbrook is one of the best in the NBA, and they’ve shown recently what they’re capable of. Even with Curry, this is a matchup that could potentially go in the OKC’s favor. But based upon the current situation, and based upon the last few games we’ve watched, the Thunder have only one way to go, and they are priced attractively enough to get our money.